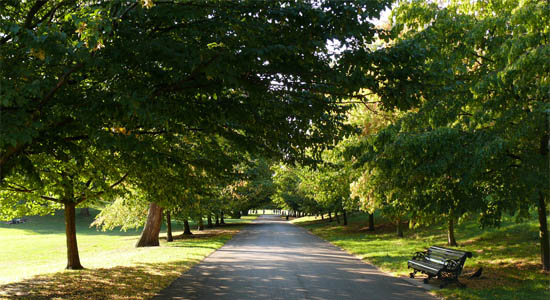 Amy recently took up rollerblading (or inline skating) after having a go on her friend's skates and the other week we went to Greenwich Park so she could get some practice in.

Barely 5 minutes had passed before a Police Community Support Officer turned up and told her that skating was banned in the park. I told him I'd checked the park regulations and they say it's fine to do it on roads within the park and he replied that there was "some confusion about the rules". I said it looked pretty clear to me and he said they'd been told it wasn't allowed and that was that.

Not wanting to cause a fuss or any kind of brouhaha, Amy took her skates off and we left quietly.

The following day, I wrote a Victor Meldrew style letter to the Royal Parks head office and this morning I received a reply from a nice lady in the Policy Section stating that "In Greenwich Park – because of the lie of the land, the width of the cycle tracks and the Park's pattern of use – we allow [rollerblading] on the roads, but not on the cycle tracks."

Now we just have to stop the Olympics Committee from ruining the park and everyone will be happy. Click here to read and sign the petition to move the cross country events somewhere more suitable.